Our investigation agency is named after Hermes Trismegistus, also called Thoth, a mythical figure from Egyptian and Greek antiquity which was priest, philosopher and king. He was the key figure within hermetism and had old mystical and secret knowledge which he revealed to mankind. In Greek antiquity, Hermes was the messenger of the gods and the patron saint of borders, a gatekeeper. Hermes Trismegistus is best known for its winged decree:

‘As above, so below'

Hermes wears the caduceus in his hands, this is a staff with wings and two snakes. The caduceus symbolizes peace, protection and healing as a whole. The staff itself stands in front of the axis between the sky and the earth, above and below. The wings stand for transcendence and the snakes represent all the opposite principles that play a role in the manifested universe. In our logo we have portrayed the staff as a sword that provides protection and which stands for our combativity as gatekeeper to make this world safer and more livable. That is our mission.

When your limit is crossed and your right is compromised, do not hesitate and contact us. 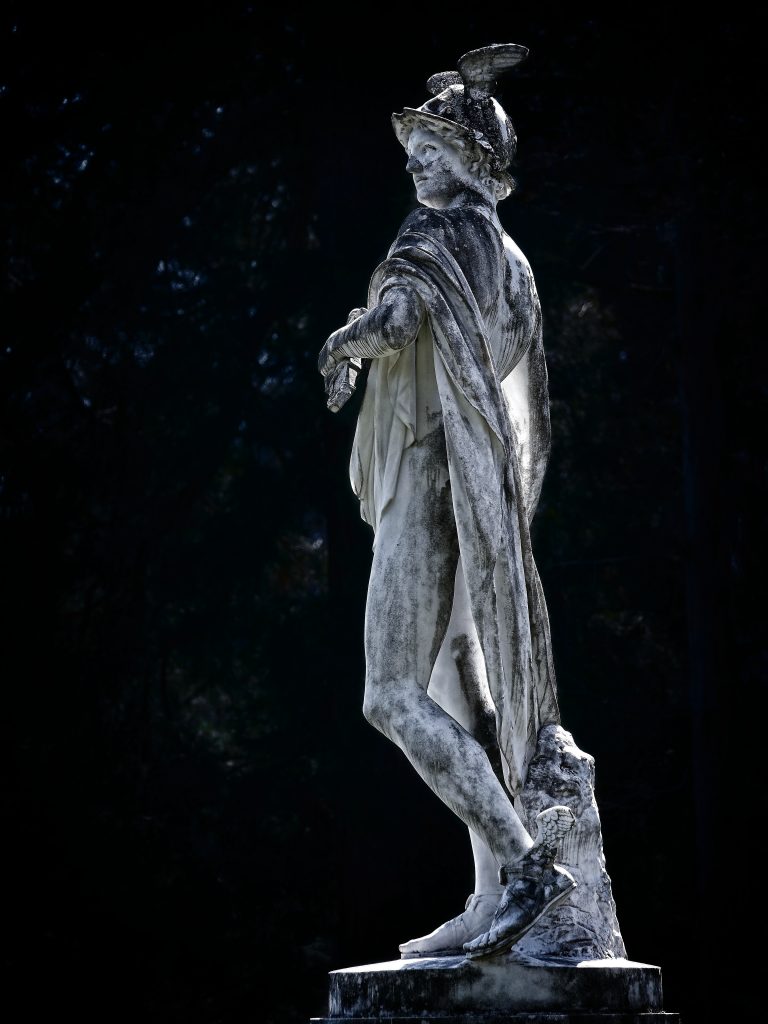